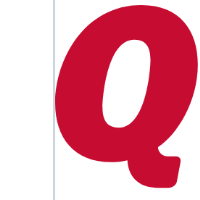 Tell me about key investment performance calculations used in Quicken

How is average annual return calculated in Quicken? What's an example of how return on investment (ROI) is calculated? View formulas, expanded definitions, and examples for key investment metrics.

The formula Quicken uses to calculate average annual return is:

Often called the internal rate of return (IRR), the average annual return is usually defined as a percentage equal to the interest rate on a bank account that would give you the same total return on your investment. It takes into account money earned by the investment (interest, dividends, capital gains distributions) as well as changes in share price. Because it is an annual rate, it acts like a bank interest rate that compounds annually. For example, if you invest $10,000 and get an average annual return of 12.0 percent over two years, you'll have $12,544 (an increase of $2544, or 25.4 percent) at the end of the two years.

Quicken displays the average annual return in the Investment Performance report and graph, in Portfolio columns, and in the Average Annual Return snapshot. A negative value indicates a loss, which can be either paper or real. If the return seems surprisingly high, it could be because you've set a short date range.

Amount invested is the actual dollar amount that you've invested in a security to date. Amount invested includes any expenses (such as commissions and fees) for that security. It does not include reinvested amounts, such as reinvested dividends, interest, or capital gains distributions.

When you change the Portfolio date range, Quicken calculates the amount invested during that period to be the difference between the beginning amount and ending amount of the date range:

When the Amount Invested changes, so do the calculations for Return and ROI (%), which are based on the amount invested.)

Amount invested doesn't decrease when you sell shares (unless you sell all shares of a given security—then it goes to zero), whereas cost basis does. If calculations such as ROI appear lower than you would expect, it could be because the amount invested includes the cost of shares you no longer own.

Cost basis equals the total cost to you of a security you purchased. It includes commissions, fees, and mutual fund loads. It also includes all purchases, even reinvestments of dividends and capital gains distributions. However, it excludes the cost of any shares you've sold or given away. Also, it is reduced in a return-of-capital transaction.

Quicken assumes, unless you tell it otherwise, that the shares you sell are the ones you've had the longest. You can tell Quicken which lots (or portions of lots) to sell when you enter a Sell transaction.

To see your lots and cost basis at any time, open the Portfolio (choose Investing tab > View > Portfolio) and expand the security you want information about.

Return represents the total return of a security: the current market value, plus the income taken out as cash, plus cash received from sales of shares, minus the amount invested.

Reinvestments are not explicitly added to the return, because they contribute to the market value, which is already factored in.

Note that Return (%) YTD is based on downloaded data and is not affected by changes in the As of date option.

Return on investment, or ROI, is defined as return divided by amount invested. ROI indicates how well a security has performed: it is the total profit (if ROI is positive) or loss (if ROI is negative) you would have from a security if you sold your shares in it today. ROI is expressed as a percentage of the amount you invested in the security.

The ROI calculation includes price appreciation of your shares (as of the most recent available market price), plus dividend and other income you received, plus realized gain from shares you've sold.

Example with Sell and ReInvDiv

Let's say you made the following transactions for stock XYZ:

How ROI works in Quicken

Amount invested doesn't decrease when you sell shares; cost basis does. If calculations such as ROI appear lower than you would expect, it could be because the amount invested includes the cost of shares you no longer own.